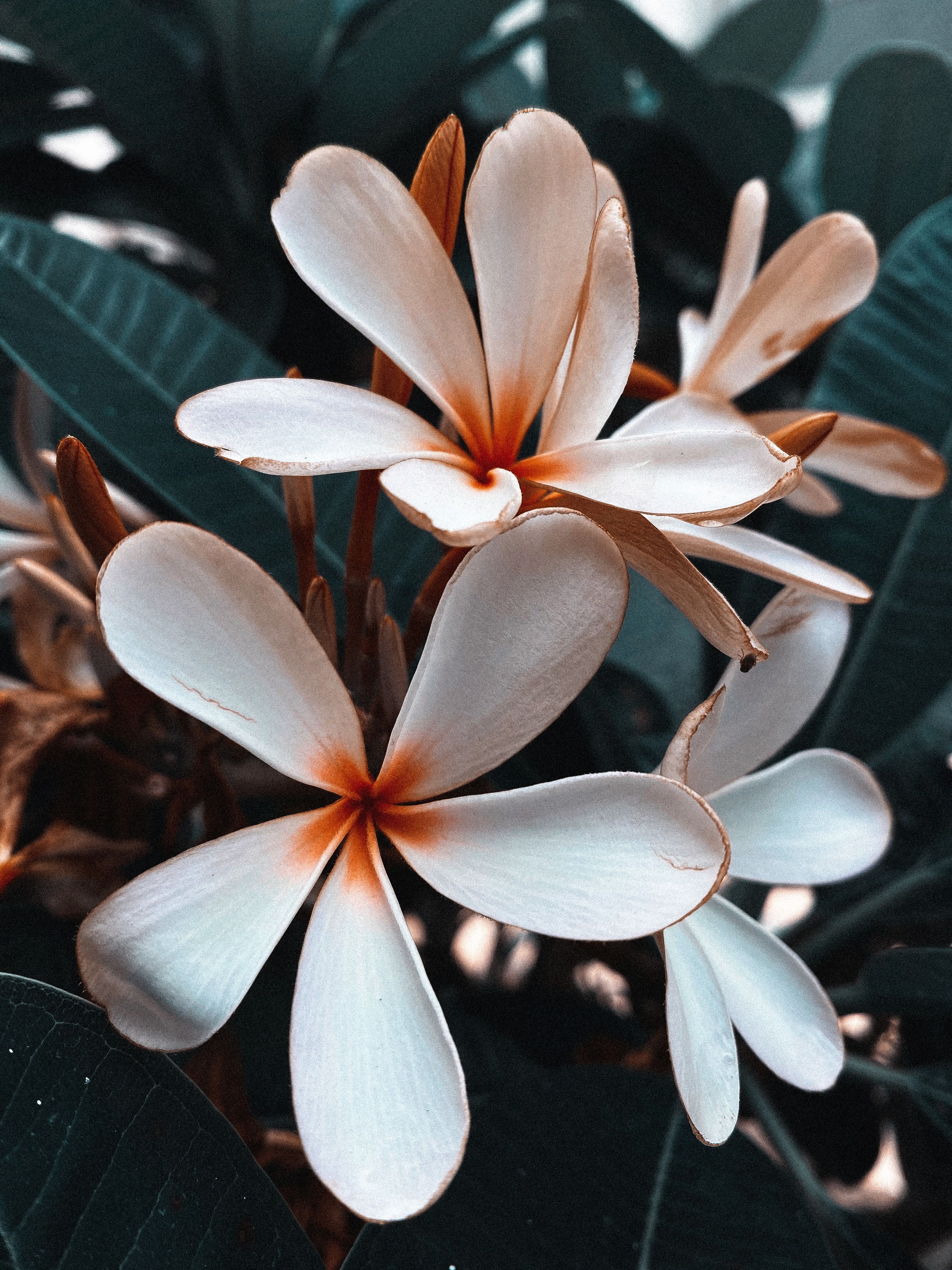 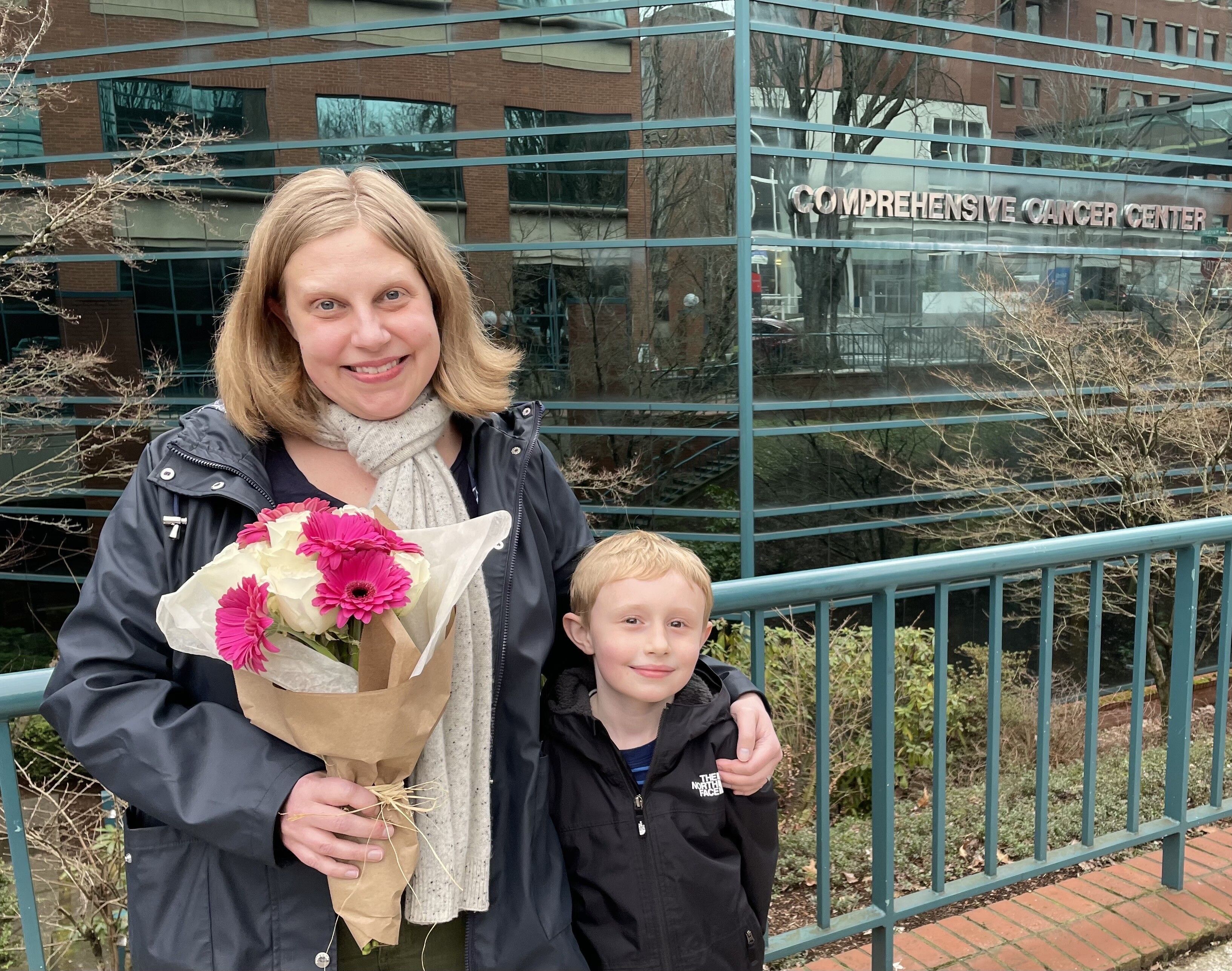 To share Komak’s impact, we’re shifting focus to the clients and their stories of ups and downs, financial burdens, and emotional relief in a new monthly series of articles – the Client Story.

For our first Client Story, we talked to Mary Cieslak who received help from Komak earlier this year.

Originally from Chicago, Mary and her family – her husband and son –  moved  to Portland a little over five years ago, drawn by the nature opportunities so  readily available in the Pacific Northwest. They have since been enjoying going to the coast, spending time outside, music, and Oregon in general, leading “what  I [Mary] would call a relatively normal life.”

Amid the first months of the pandemic, Mary began experiencing “some strange symptoms, but none of them seemed really concerning on their own.” After months of tests, doctor appointments, physical therapy, and more, Mary was ordered an MRI due to her neurological symptoms, which ultimately revealed a spinal cord tumor. “That’s what was causing all of these kind of strange related symptoms,” she shares. At the time, “the neurosurgeon assured [her] that there is nothing in the  MRI imaging that suggested it was a cancerous tumor.”

The tumor, which could have ultimately led to paralysis, was successfully surgically removed in December 2020, although the “initial pathology at the time of the surgery was inconclusive.” Mary added that it was a very strange experience, as she “could only have [her] husband come visit [her] in the hospital and [she] was in the hospital for a week,” which was “very scary and unnerving.”

Due to the pathology’s original inconclusiveness, it was sent on to the Mayo Clinic. “It took about a month to actually get the results back  … and get a formal diagnosis. … Of course, the longer the time went by, the more concerned I started to get, wondering if it could potentially be cancerous.” Weeks later, Mary got a call from her primary care doctor, referring her to the oncologist. As it turned out, the tumor contained “certain molecular markings that made it considered high risk.”

Mary’s initial response was “Am I going to be able to work throughout all this? I [Mary] was concerned about the treatment, but … also very worried about my ability to continue working.” With the economic stress of the pandemic and Mary’s income being the main source of income at the time, “the thought of any kind of disruption to that was just really scary.” As Mary got through the radiation and about halfway through chemo, “it started to get hard. That’s when [she] was connected to a social worker.”

After connecting with several social workers and sharing her concerns, Mary was told about “this organization in Portland [Komak], and they work with professionals that just need to take a brief break from work while they’re going through treatment, [providing help that ensures they can] get through the treatment so that they can get back to work later on.”

When talking about what she appreciated in Komak specifically, Mary mentions the fact “that it wasn’t just about the numbers. It was your specific family’s situation, and they [Komak] were very compassionate and understood that it was a really stressful time and … talking about your personal finances can be really sensitive.”

As a result of the help received, Mary “was able to take an extended leave from work,” providing her with something extremely valuable – peace of mind. “Before they got involved, while was kind of getting through the part of my treatment while still working, I was so exhausted and physically ill. … I didn’t know if I’d be able to continue treatment [because of that]. … When Komak got involved, I knew that I could take a break from work, and I could rest and focus on getting better during those tough periods of the treatment. It was huge.”

After almost a year of chemotherapy and several months of work with Komak later,  Mary finished chemo in February of this year. While recuperating her strength, balance, and healing physically took some time, she was “surprized by how  quickly [she] bounced back,” saying, “I feel like I’m close to 100% now.” In the months after finishing her treatment and regaining the time and energy that was for so long directed in another direction, Mary says that she has been enjoying “being a mom with a very active son.” She similarly points out that it has been “such a relief to just be back. … During the treatment,  I definitely did not feel very present in my life. I didn’t feel present for my family, my friends, for work, so this is great.”

In discussing the effect Komak’s involvement had, Mary notes that the organization “makes such a profound impact on people that are going through treatment. It’s not so much the dollar amount, it’s the peace of mind [and the knowledge that] you can take a step back and take care of yourself, and not feel like you are going to let your family down. You can focus on what you need to focus on.”